Three (3) local individuals who failed to heed the warning that Law Enforcement Officers would be patrolling the barrier island enforcing the 7:00 p.m. to 7:00 a.m. curfew will be spending the remainder of Hurricane Irma at Flagler County Sheriff Rick Staly’s “Green Roof Inn”.

Shortly after 7:00 p.m. Saturday night, Flagler Beach Police Officers arrested Cody Driggers, 18, Brian Swartz, 25 and Jennifer Smith, 36, in the 2200 block of South Central Avenue.  Officers received a call that the aforementioned subjects were observed attempting to enter vehicles and mailboxes. The subjects were contacted by Officers at approximately 7:15 p.m.  The investigation revealed that the subjects were pulling on vehicle door handles and opening mailboxes throughout the neighborhood, looking to commit criminal acts.

“The united message about the curfew from Sheriff Staly, Chief Foster (Bunnell Police) and myself was crystal clear. These three opportunists either didn’t listen to that message or they chose to ignore it.  They tested us (Law Enforcement) and they lost” stated Flagler Beach Police Chief Matt Doughney.

Cody Driggers was charged with Violation of Curfew, Burglary (during a declared Emergency) Loitering and Prowling and Fraudulent Use of a Credit Card.

Brian Swartz was charged with Violation of Curfew, Loitering and Prowling and two (2) counts of Fraudulent Use of a Credit Card.

Jennifer Smith was charged with Violation of Curfew, Loitering and Prowling and two (2) counts of Fraudulent Use of a Credit Card.

On September 5, 2017, the subjects listed above were involved in the fraudulent use of Credit Cards in Flagler Beach and they were charged with those crimes accordingly.

Chief Doughney concluded by stating “Emergencies like Hurricane Irma bring out the best in people as well as the worst. The worst tried to prey on people they thought evacuated our City for Hurricane Irma and they were arrested by Flagler Beach’s Finest”. 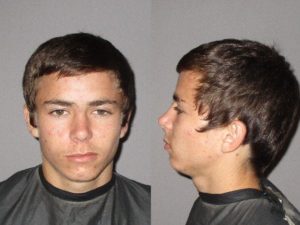 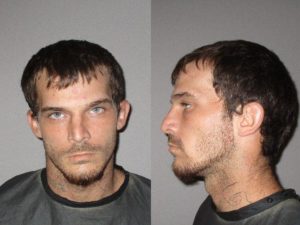